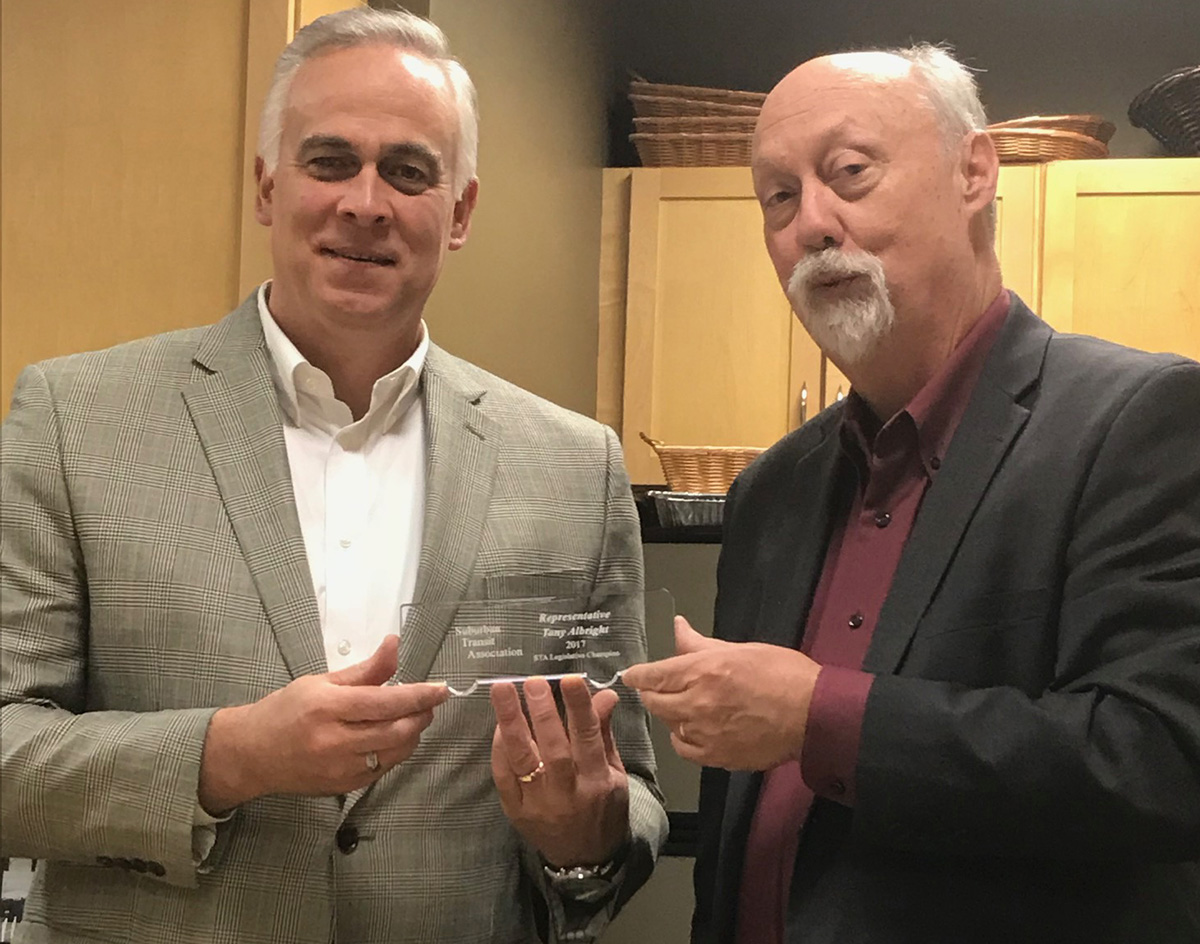 State Rep. Tony Albright was honored this week for his support of public transportation by the Suburban Transit Association.

Albright is a strong advocate for suburban transit and sponsored legislation that helped fund Route 495, a Minnesota Valley Transit Authority service between Shakopee and Mall of America.

Route 495 began service in August 2016 and has seen steady ridership growth that has more than doubled since inception.

“Rep. Albright has been a great supporter of transit,” according to MVTA Board Chair Jon Ulrich. “The success of Route 495 wouldn’t have been possible without his support.”

Albright was credited for his foresight to support residents and businesses in Scott County.

“There are more than 21,000 jobs located within a half mile of stops along Route 495,” said MVTA Executive Director Luther Wynder. “The region has seen tremendous work force growth and the route was designed to meet employee shift times, providing access to jobs and contributing to the economic development of this fast-growing region.”

Albright represents District 55B in the Minnesota State House of Representatives.