Veteran driver caps off career with a gift 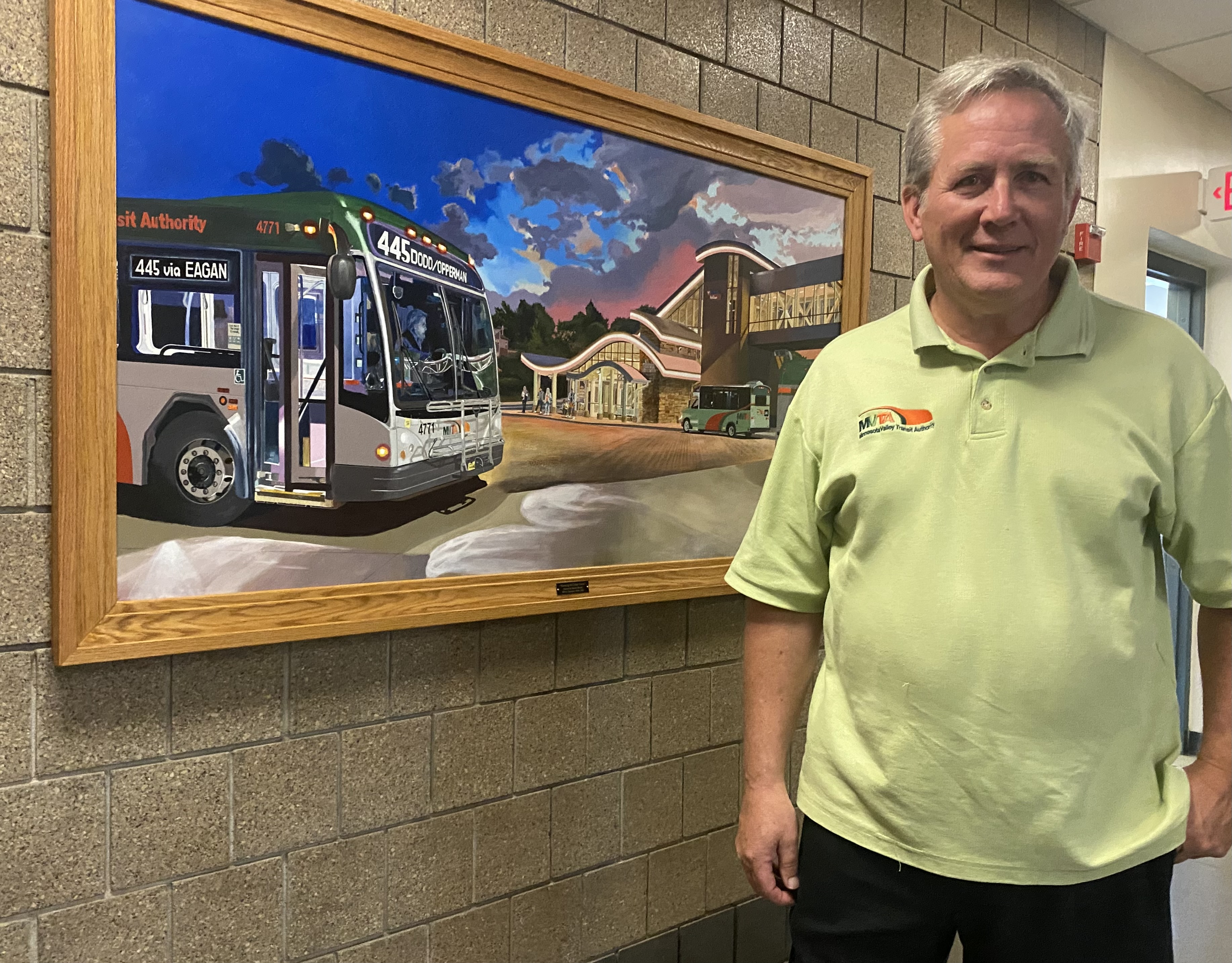 Randy Bloom posing next to his completed painting that now hangs at the Eagan Bus Garage
Jul 13th, 2022 8:34 am

Randy Bloom shares his talent to say thanks

In April 2022, bus operator Randy Bloom celebrated 12 years working for Schmitty and Sons driving Minnesota Valley Transit Authority routes. He has had such a positive experience with it all, that he chose to cap off his career by creating a painting that now hangs at the Eagan Bus Garage.
Bloom began driving for Schmittys after some fellow members of his church approached him with the idea. He had spent most of his working life as an architectural engineer in the graphics department and was looking for a change.
“I had driven a bus in college and really got a kick out of it,” Bloom said. “I also live right between the Burnsville and Eagan bus garages, so the short drive to work was a bonus as well.”
Bloom started driving part time at first, but he soon grew to love the work so much that he transitioned to a full-time driver.
“I started on routes that would take me downtown to Minneapolis, and I did enjoy it,” Bloom said. “But I really got into my groove when I was able to start working a lot of local routes.”
Customer contact and helping people out is what endeared Bloom to those local routes. He would go so far as to write down the first names of his frequent passengers so that he could address them properly when he saw them again.
“Really getting to know the people was, for me, a key to good service,” he said. “It felt good to hear many riders tell me that MVTA had some of the friendliest drivers around.”
As he approached his 67th birthday and thought about what that meant and how much he has enjoyed working for Schmittys and MVTA and his positive interactions with staff, co-workers, and riders, Bloom knew he wanted to give back.
“There is a hallway at the Eagan Bus Garage that drivers pass by each day on their way to work and there was a blank space that I felt needed to be filled,” he said.
Bloom, a life-long painter, knew exactly what that space could be filled with.
“I decided that I wanted to create a canvas painting for that wall, given as my gift of gratitude, but also as an item of inspiration to those that follow in my footsteps,” Bloom said.
The painting, titled “Morning at Cedar Grove,” is a three-foot by six-foot realistic depiction of the Cedar Grove Transit Station during the early morning with passengers and three buses present. Bloom built a frame to match the existing décor at the Eagan Bus Garage.
“Cedar Grove is a place that I spent much of my 12 years while driving local routes and is a subject very relatable to drivers for whom I have gained appreciation,” he said. “My desire is for when bus operators and other personnel walk by this painting, they will be visually reminded of the important service they provide and that it will reinforce to them that the profession is worthy of a painting.”
A ceremony was held July 12 to celebrate Bloom and officially hang the painting in its permanent home at the Eagan Bus Garage. 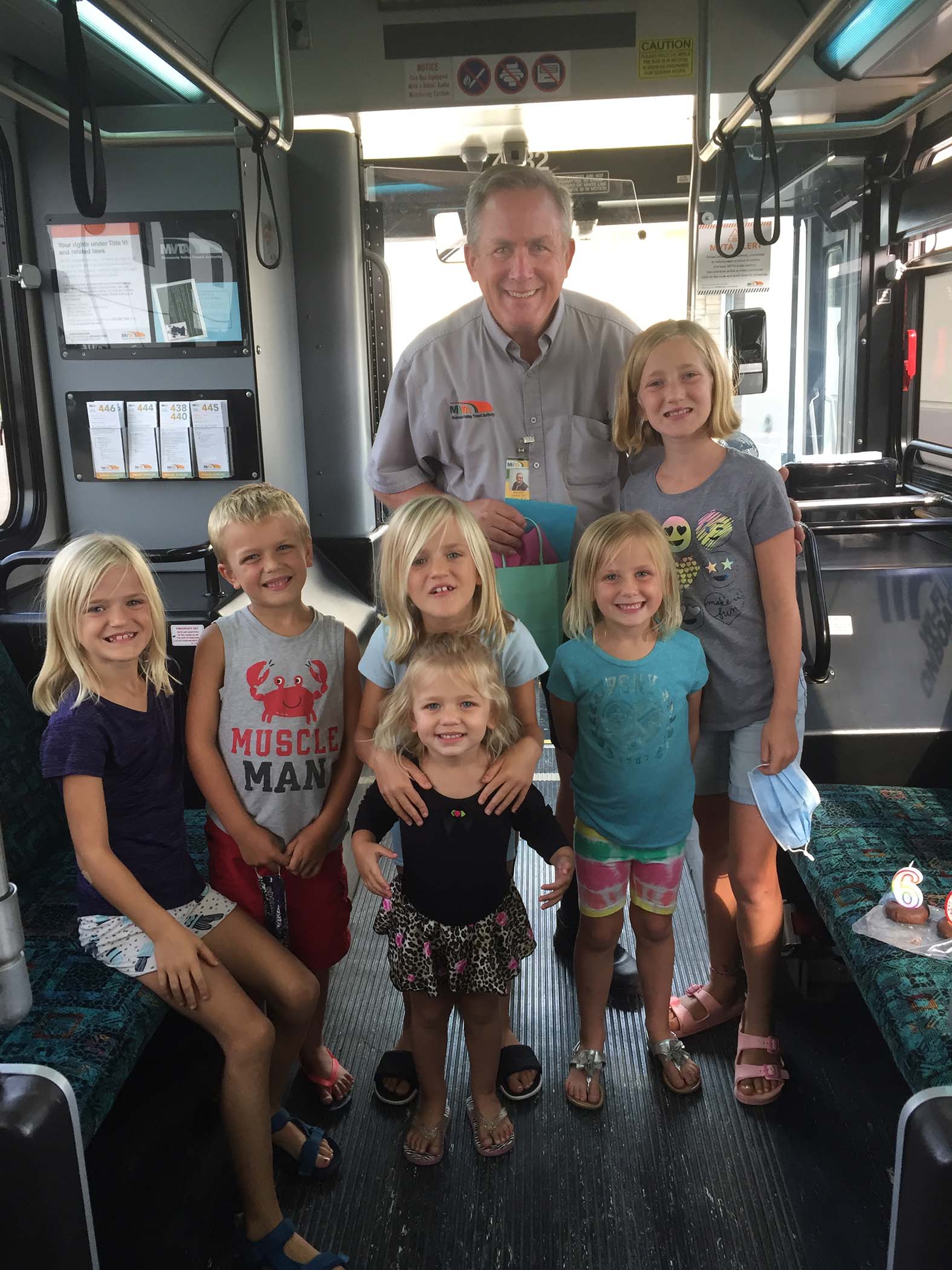 Randy Bloom during a bus ride with his grandchildren 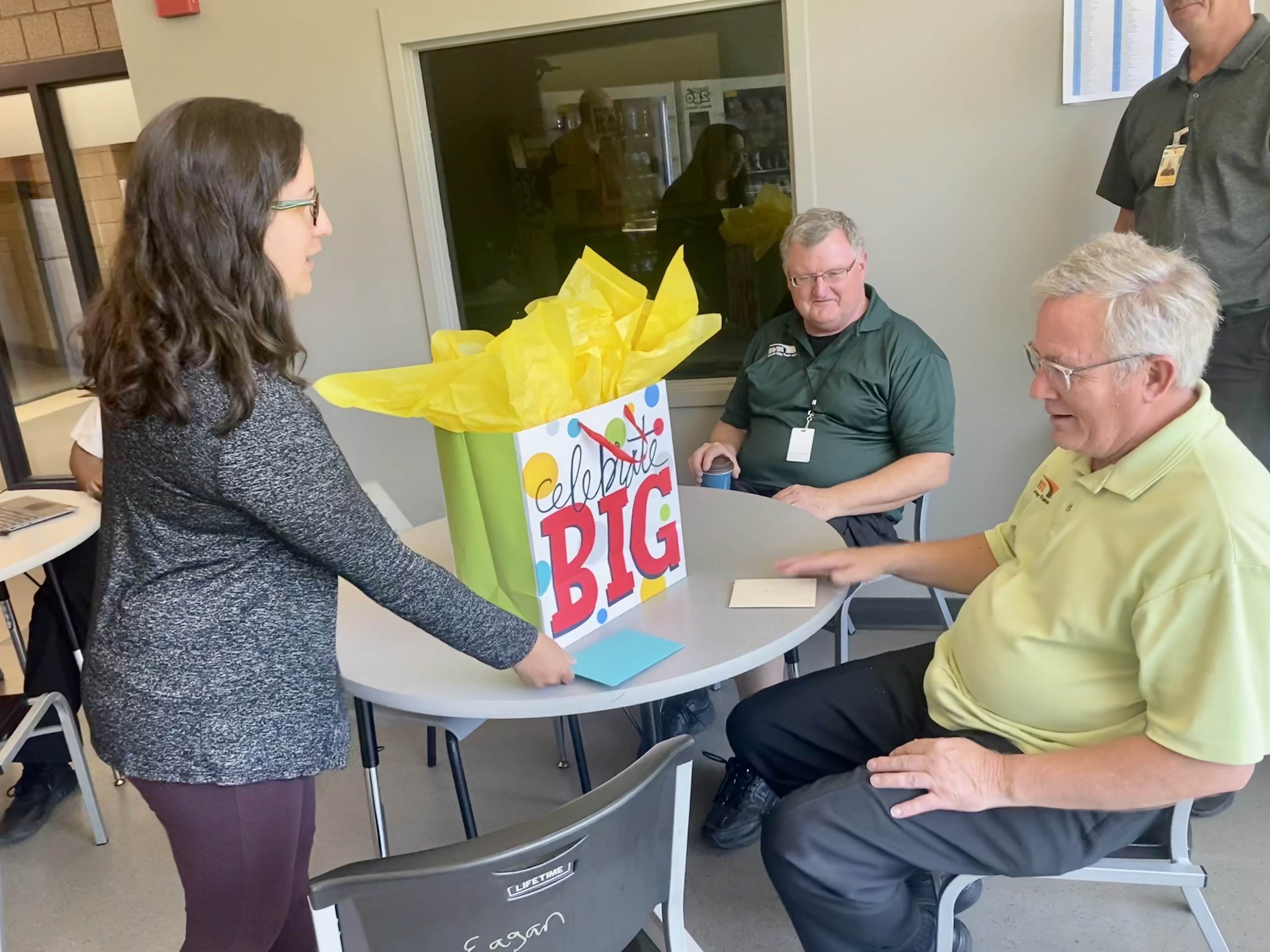 A retirement celebration was held July 12 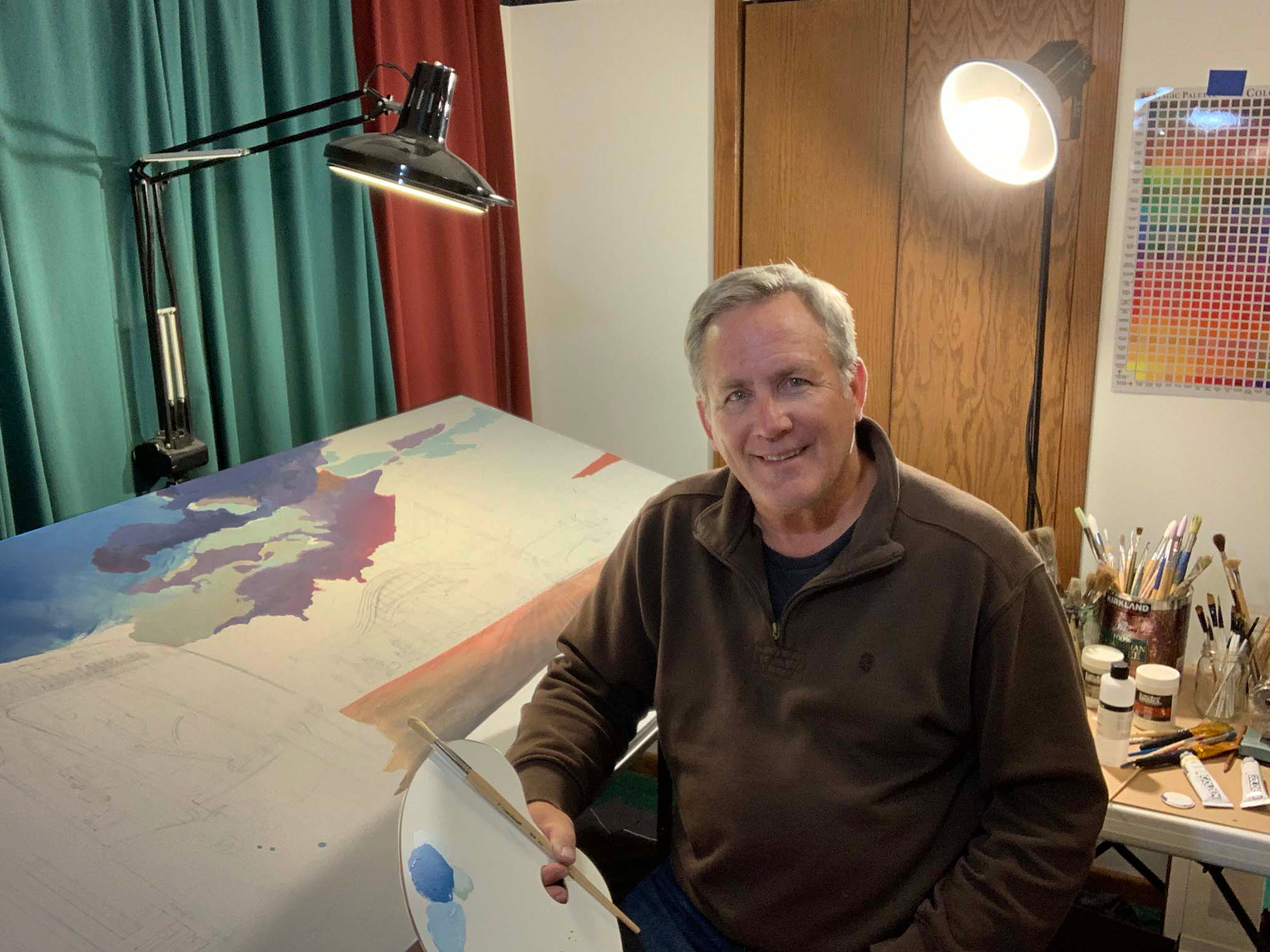